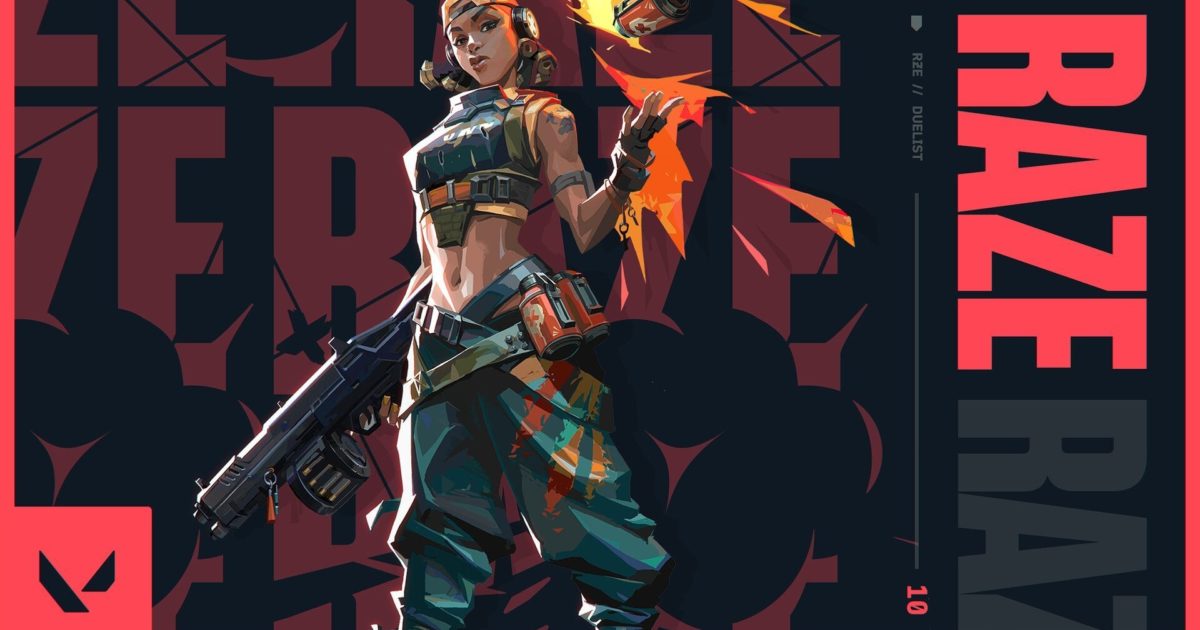 Raze is a Duelist class agent in Riot’s tactical FPS, Valorant. She is one of the most fun agents to play in the game due to her offensive abilities complimenting an aggressive playstyle. Coming from Brazil, she loves explosions and all her abilities are made around explosions themselves. She is very mobile due to how she reacts with her explosive satchels and this is one of the main reasons she is loved and also hated by the community. All of her abilities are meant to deal damage hence she is a very strong agent for entry fraggers and aggressive players.

Raze is the most charismatic agent in the game. She is not only fun to play but it is also very fun to watch someone else play her. Even though her abilities are designed with the intention of damaging enemies, they can also be used to increase Raze’s mobility and even surprise enemies. She is also very effective against Sage as her Blast Packs can instantly melt Sage’s walls. Following are some helpful tips and tricks you definitely should try out next time you are playing Raze;