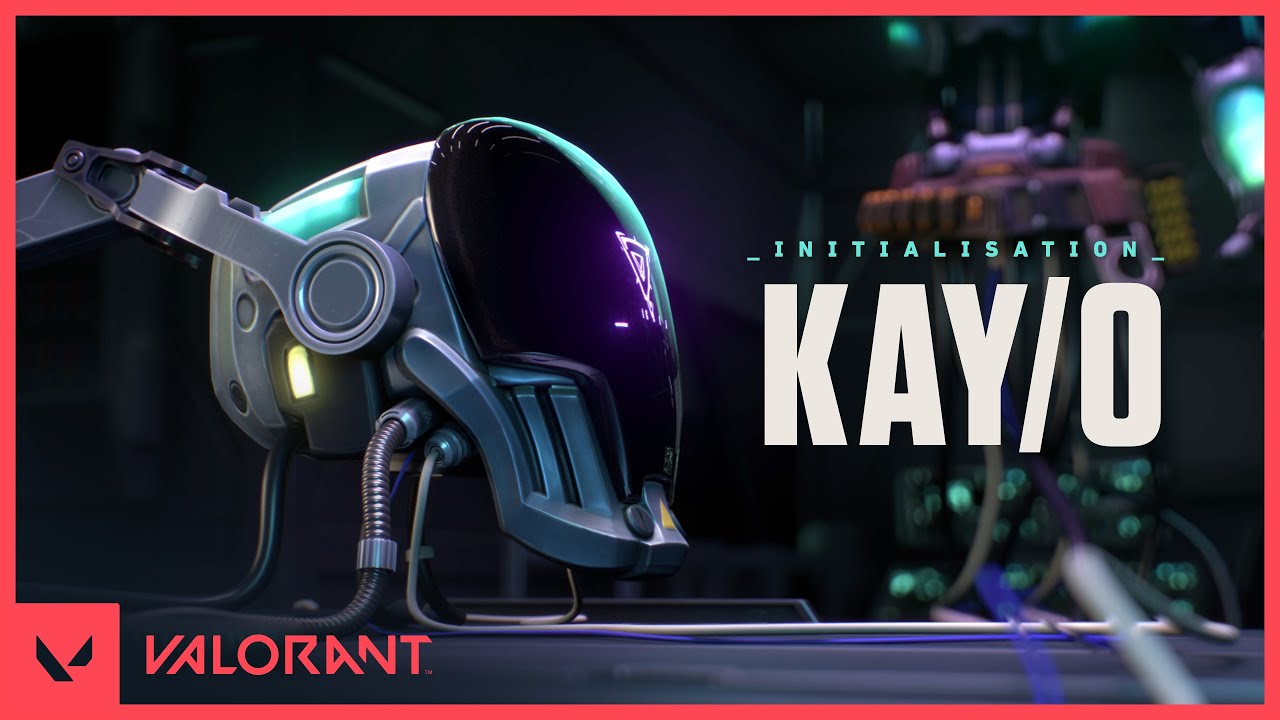 On 22nd June, Riot revealed the newest Agent for Valorant, KAY/O. On the first look, it appears to be a sparring bot, who has reached sentience to take revenge on all the players in the game. With his arrival, the Agent roster of Valorants has now grown to 17. KAY/O arrives at the latest meta with an exceptional set of abilities. Some of the abilities might be familiar with other AGent abilities, however, the sparring bot has a unique offering of its own.

Flash all the way

In the trailer reveal of KAY/O, Valorant shows off the gameplay of the agent as well as some random cut scenes. The trailer starts with a very typical scene from Doctor Strange, “Dormammu, I’ve come to bargain” as he is learning from his deaths against other Agents. It is also seen that the world from which KAY/O came from was destroyed by Radiants. Each ability of the new agents is emphasized on the fact that he wants to control the battlefield.

The E ability of KAY/O is called the Zero/Point. Here the agent throws a suppression knife that can stick the first element it makes contact to. It detonates after a short interval and can suppress any Agent that is near the blast. It is yet to be known that the impact of the blast will affect your teammates. But compared to the flashbang abilities of other Agents it is likely that your allies might get affected.

The players will surely need to get a good grip on the ability to use it to their advantage. Now speaking of flashbangs, the Q ability of KAY/O’ is the Flash/Drive. It is a flash-bang that can also be clocked to accelerate the time of its activation. It is great to see that we finally have a flashbang ability in the game that could help avoid friendly blinds due to control over detonation. However, seeing two flash abilities on a single Agent has left the fans being less thrilled.

The C ability of KAY/O is Frag/Ment. It is another prospect-based ability, where a grenade can cause multiple explosions. It is a great way to push enemies out of important positions and gain an advantage over areas of interest like the corners and high ground.

The ultimate ability of KAY/O is one of the mechanics that was leaked from the Riot files several weeks ago. It is called Null/CMD, which overloads our sparring bot and which allows him to emit pulses from his body. The enemy agents hit from these pulses are unable to use their abilities for a short interval. And another interesting factor of this ability is that teammates can revive KAY/O when he is in an overloaded state. It will be interesting to see the attention that KAY/O will attract on the map and could provide a tactical advantage to his teammates.