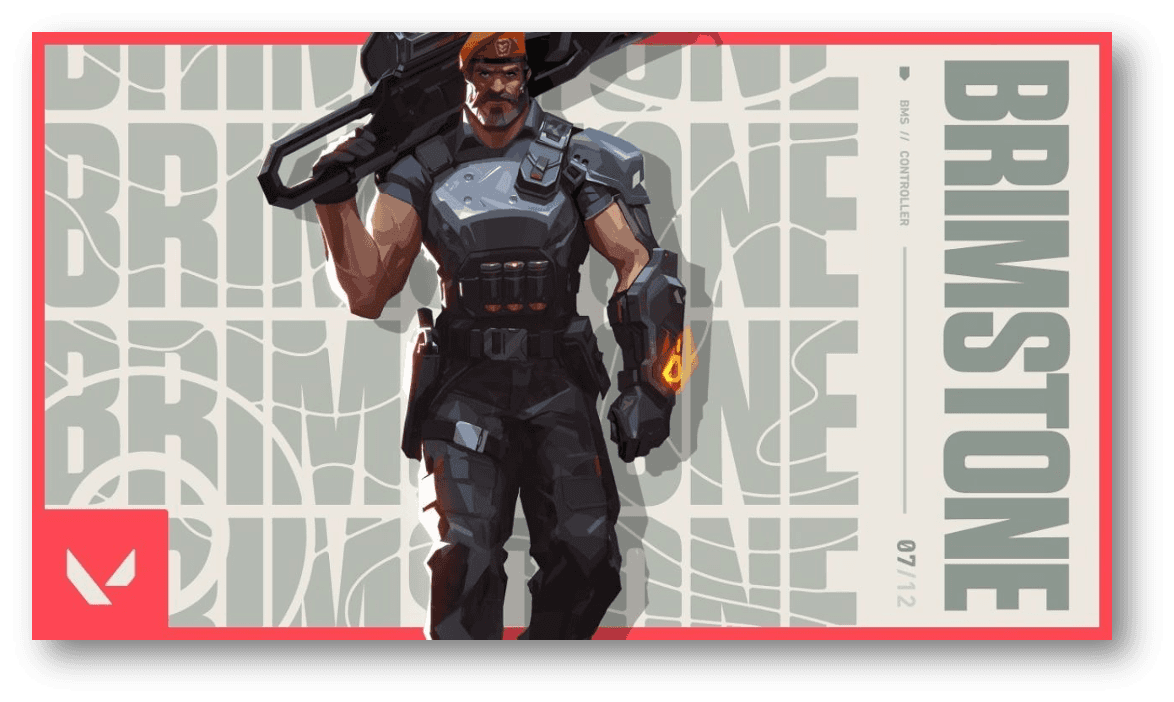 Brimstone, since the release of the game in June this year, has become one of the most valuable and important Valorant agents to have on your team. The agent is recognized for his unmatched ability to control the map and epic selection of grenade centered play that is a force to be reckoned with. While other popular agents like the Sage have gone through a bit of a nerf drive, Brimstones abilities have stayed somewhat consistent across the board.

Making him, one of the most stable agents in Valorant that you can be sure to have a good time with and be in control of the map with some of the most badass abilities in the game.

So, let’s take a look at this character and see what type of abilities he has to offer and most importantly, what kind of strategies suit his unique style.

Brimstone is a controller, and to complement that, his orbital abilities make him one of the best in Valorant.

The first normal ability is called, STIM Beacon. This AOE ability bolsters Brimstones and his teammates, Fire rate, Reload time, Weapon swap by a margin of 10%. Then we have Brimstone’s second ability, the “Incendiary” which has an AOE effect like the STIM Beacon, but rather than having a positive impact, the “Incendiary” damages all the players, even your teammates, in its effective range. After these two, we have Brimstone’s most iconic ability, the Sky Smoke. In this ability, Brimstone can call down a smokescreen to a limited range of where Brimstone is standing. It is one of the most game-changing moves that Brimstone can use and this ability can direct the flow of an entire match and even, give your team an upper hand.

But the coolest ability that Brimstone has is that he can actually call down a giant beam of destruction. Yes, a huge Laser Blast from a satellite, dubbed the Orbital Strike is Brimstones special ability and is excellent for zoning enemies off.

These all abilities are great, but just knowing about them does not do you any good, so let’s take a look at how you can actually play with this character in the actual matches.

Brimstone is a controller agent in Valorant, which means that he excels at controlling the map and essentially make opportunities for his teammates to get the upper hand in an enemy faceoff.

He is good at blocking sightlines, delaying pushes etc. Brimstone, with his abilities, can easily trap an enemy team in an array of Sky Smoke’s and then ambush enemy teams aggressively, while taking advantage of the STIM Beacon.

As the Brimstone, the player’s main objective should be to funnel the enemies in a specific area, if they are attacking, and direct them for an effective ambush or, keep the enemy team occupied while your team gets in a better position to kill the defending opponents. The play is basically all about taking advantage of the environment, placing choker points, and using gorilla warfare to surprise the oncoming enemies and give your team a tactical advantage.