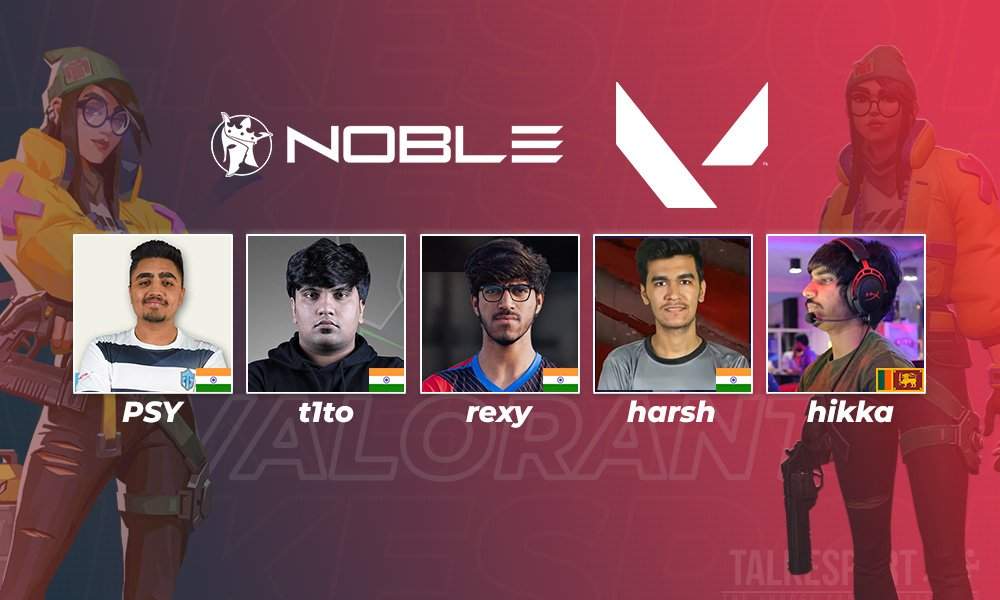 Noble is a leading esports organization from North America that recently announced that it has picked up a team of VALORANT from India. This is not something entirely new for Noble as the organization also currently operated a roster for PUBG from this region.

The situation however is pretty tense at the moment for the entire esports industry in India as the country recently imposed a ban on PUBG which has jolted not only the players but also the organization linked to the segment. This action is likely to cause massive layoffs and thus an agreement between PUBG and the Government of India is likely to take place soon.

The South Asian gaming industry has been particularly fascinating, game developers including Riot Games that have announced to launch South Asian servers. The company has also announced that it will be making Wild Rift, the mobile version of League of Legends, to the millions of players from this region.

South Asian region was not initially a part of Riot’s global ecosystem, however, it has recently been incorporated and this might have led Noble to undergo the recent developments.

Nobile itself has recently undergone major changes lately when it was acquired by Florida based investor Kyle McDougal last month. With this, Noble has entered a new era and it is being anticipated that the new changes will bear fruitful results in the near future.

Noble’s Current Operations From Around The Globe

Noble currently operates an Overwatch roster from North America and in addition to this, it also operates a Rocket League squad that is based out of South America.

The players that have been added in Noble’s India chapter have previously been a part of the local Counter-Strike sessions and have not only set a name for themselves in the local gaming sector but have also proved their skills in the international matches they have participated in.

Organizations and Stakeholders Reconsidering Their Options

The recent ban of PUBG in India has caused a stir in the regional gaming sector but is also being taken as a blessing in disguise as it has forced various organizations and their stakeholders to reconsider their options when it comes to the gaming sector.

The decision has forced them to think about alternatives that can keep the organizations running in case one major gaming title undergoes a statewide ban for some reason.

Several international organizations including Fnatic, TSM, Galaxy Racer, and Nova Esports have already been present and operational in the region where they have been operating their respective PUBG rosters.

A number of PUBG players and content creators have already expressed their feelings that they’ll be shifting over to VALORANT in case the ban on PUBG is not removed by the Indian government. Taking this into consideration, the recent step by Noble makes sense.

Several organizations are now learning to not put all their eggs in the same basket. Resultantly they are now exploring newer and better avenues that offer more opportunities of success in the days to come so in case a ban is imposed on one of the titles, they have another resort to flourish their businesses.