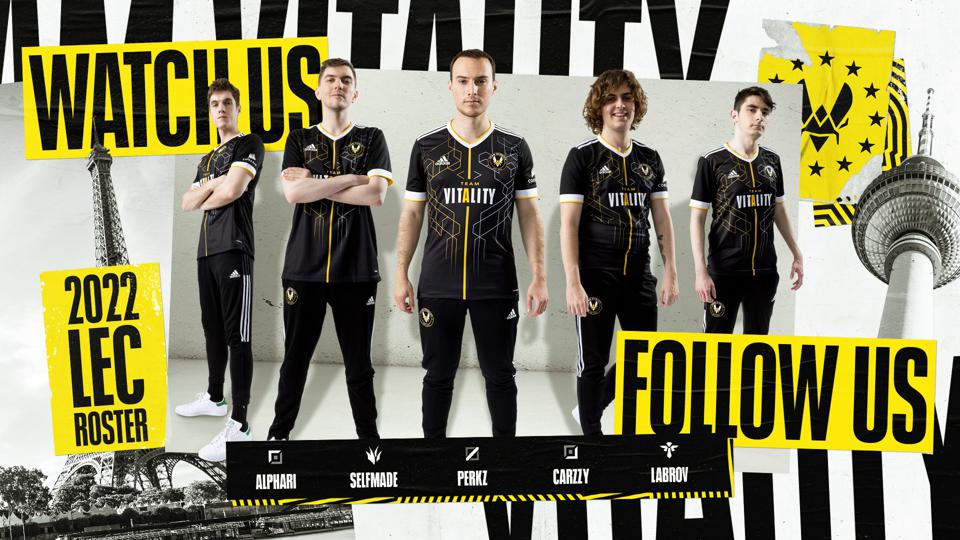 The top European competition continues with Rogue and Fnatic as undefeated leaders.

The second week of the League of Legends European Championship (LEC) has ended with a complete win for Team Vitality. The French team has come back from a poor opening week in which they failed to win with two convincing maps against Team BDS and G2 Esports. Beyond Vitality’s performance, Europe’s top competition again has Rogue and Fnatic as undefeated leaders, making them the strongest teams to date. The next week of the league will break this duality as both will face each other on the sixth day of the Spring Split.

Team Vitality kicked off the second week of the LEC with a convincing win over Team BDS, featuring Oskar “Selfmade” Boderek and his bot lane. However, the great incentive was in the match against G2 Esports. Luka Perkovic “Perkz” was facing his former team for the first time and was prepared for the occasion. The middle dominated Rasmus Winther “caps” with Orianna -being far superior in terms of minions- and was decisive alongside Selfmade in the team’s group fights. With the 2-0 in their favor, the organization is placed in the sixth position with Excel Esports.

Rogue and Fnatic keep up their pace in the LEC.

Something that has not changed in the LEC compared to the first week of competition is the leadership. Rogue and Fnatic remain tied for 1st place at 5-0, which will be broken next week when the two meet. The Roguetians initially outplayed MAD Lions and then Team BDS, looking comfortable playing around high tempo despite losing their most important players. In addition, against the lions, Andrei “Odoamne” Pascu reached 1,000 murders in the league. On the other hand, the orange team overcame a timid Astralis and Misfits Gaming in a match in which the club always dominated Summoner’s Rift thanks to its bot lane.

Precisely, Misfits Gaming is part of the third position along with G2 Esports and MAD Lions. The three clubs have a record of 3-2 in the standings, being able to leave lights and shadows during the second week of the LEC. The three organizations have shown that they are capable of beating the teams in the lower-middle zone of the league with solvency but that they still need time to beat the favorites (or become one of them). Their positive note is that at all times, they have the individualities of players like Javier Prades “Elyoya,” Sergen Çelik “Broken Blade” or Vincent “Vetheo” Berrié.

Team BDS, Astralis, and SK Gaming have closed the second week of the LEC with two losses against them. Currently, the Danish club is the only bottom team since they still do not know the victory. In any case, this week, the organization had to face MAD Lions and Fnatic. The situation of SK Gaming is different, which, despite having a squad that combines experience with European talent, still does not start smoothly. Neither Erik Wessen “Treatz” is not dominating as much in his return to the bot lane nor is Janik Bartels “Jenax” showing as solid as in 2021.

Finally, Team BDS is not getting settled in the classification either. Although the team has had to face Team Vitality and Rogue during the second week of the LEC, at no time has the French team shown great signs of resistance against their rivals. At the moment, the individual talent of its players is not making up for the lack of synergy or the lack of Macro game within Summoner’s Rift. Next week, BDS will be able to determine if they belong at the bottom of the rankings by having direct confrontations against SK Gaming and Astralis.