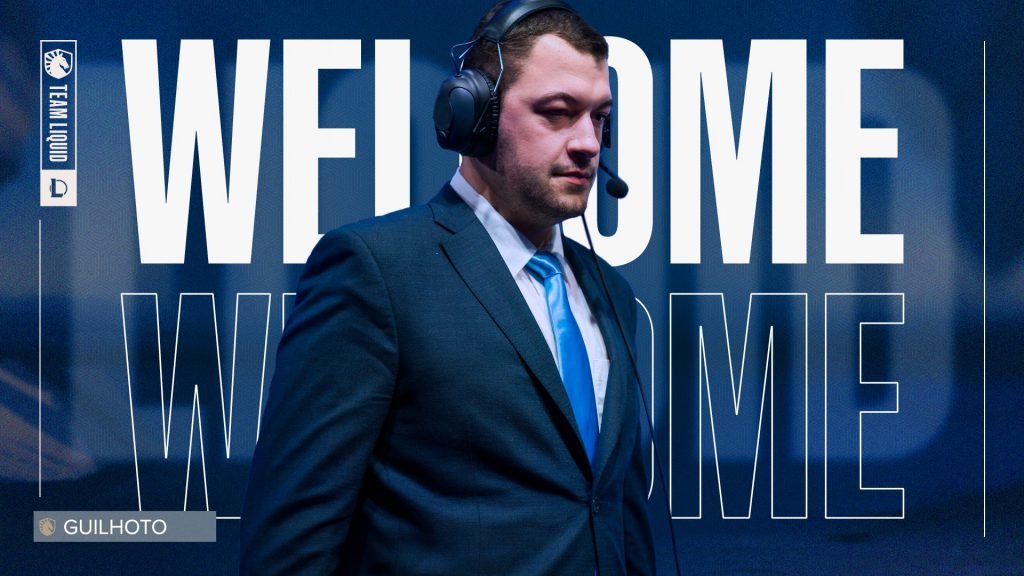 With the transfer market already open, the different League of Legends teams are preparing for the next season. In the League Championship Series ( LCS ), they are also preparing for what is to come. Thus, we have already seen different movements in the top North American competition. And Team Liquid has prepared for everything.

On the homepage, Team Liquid announced that Guilhoto would be the new head coach of the team. Besides, Team Liquid also welcomed the return of assistant coach Jonas “Kold” Andersen. “Patience, creativity, leader… are just a few words we would use to describe André. Please greet him with warmth,” Team Liquid wrote on the homepage.

Guilhoto was born in 1994, used to lead Giants Gaming, Schalke 04, Origen, Astralis, and Immortals before joining Team Liquid. Meanwhile, assistant coach Kold used to be a professional player (jungle), playing from 2013 to 2019. Besides, he has also worked at Team Liquid since the end of 2020 as an analyst/assistant coach.

In the last 2021 season, Team Liquid did not win any titles and continued to be eliminated from the group stage of Worlds 2021 with a 3-3 record. This result led to Team Liquid’s decision to part ways with Jonathan Armao (jungle/sub), Edward “Tactical” Ra (ADC), Barney “Alphari” Morris, and Thomas “Jenkins” Tran (top lane).

Guilhoto will coach Team Liquid in 2022

Team Liquid would already have everything prepared for the 2022 season. Thus, its team would consist of Gabriël Rau “Bwipo,” Lucas Tao Kilmer Larsen “Santorin,” Søren Bjerg “Bjergsen,” Steven Liv  “Hans samSamand Jo Yong- in CoreJJ.” Added to all of them is their new coach André Pereira Guilhoto “Guilhoto.”

Thus, after a year of training Immortals, Guilhoto joins Team Liquid. In this way, the Portuguese will remain linked to the LCS and will continue with his adventure on the other side of the pond. In both the Spring Split and the Summer Split, Guilhoto and Immortals finished in the seventh position. They would finally finish in the 5/6 position in the 2021 LCS Championship, that is, in the playoffs of the summer season.

Now, with this new team, we will see what Guilhoto is capable of. Based on the names, it is expected that Team Liquid will fight to win the trophy of the highest North American competition. For now, it will be January 14, when the LCS starts. At that moment, the Lock-in will begin, and all teams will be able to test for the first time the synergy of their new squads in real matches.

Now the rest of the LCS teams continue to build their squads and prepare for the next season. What actions will the LCS provide us throughout the year 2022?