Home»News»Dota 2»Dota 2: Which Are the Best Items for Batrider? 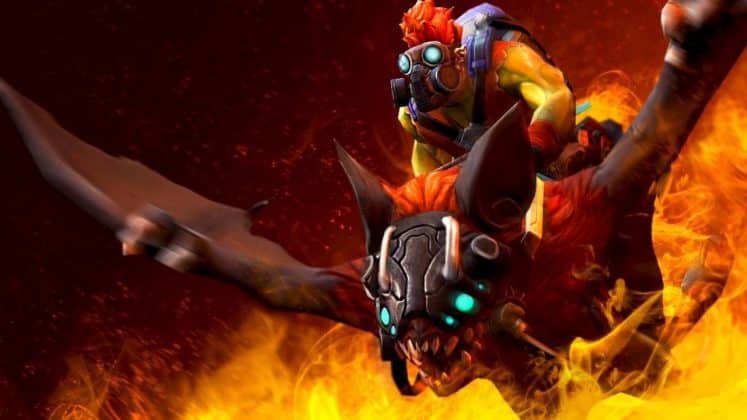 In today’s news we will be talking all about the best items for Batrider, one of the most overpowered characters in Dota 2, and we will explain to you in great detail why each and every one of them is such a good match for him.

In case you’re new to the game however, what makes Batrider so good in the first place? Essentially, he is a great offlaner that also doubles as a great support. You can even use him as a mid laner if you so want to, but most players agree over the fact that he is one of the best offlaners in the game and for good reason.

But alas, let’s jump right into the best items for him:

This is a very popular choice for Batrider because it gives him literally an unfair advantage. All that you need to do is you need to jump into the fight and use your ultimate +Firefly which will pull all the enemies towards you. This might take a couple of attempts to get right but once you do you’ll instantly rack up a ton of kills.

This is another very popular mobility tool that players use to make Batrider stand out. You should also try to upgrade it to Hurricane Pike later on but at the starter of your match you should mostly focus on getting it, then getting Blink Dagger since they work so well off of each other.

This might as well be one of the most popular items that most Batrider players go for because it not only boosts the character’s overall movement speed, but it also makes him extremely dangerous because it gives him a way to escape any unfavorable confrontation.

Aether Lens is a great tool to have even if you don’t use Batrider. But, the reason for this is the fact that it makes his Flame Lasso all the more powerful, essentially increasing his range by a lot which is an amazing fit for Batrider especially if he also makes use of the mobility items we mentioned previously.

Octarine Core can really make or break your match, simply because it is such a high risk high reward type of an item. On the one hand it helps you a ton once you get it, but on the other hand the high price is going to really cripple you a lot if you don’t make use of it to the fullest.

This is one of the best utility items for Batrider and basically the whole roster as well. It is great because it works both as a defensive and an offensive item and it makes Batrider a lot better since it makes his farming a lot better which he definitely needs.

The great thing about Shiva’s Guard is the fact that it is one of the most helpful items in the game. It is advantageous from every point of view imaginable because it allows the hero to kite over melee characters with ease.