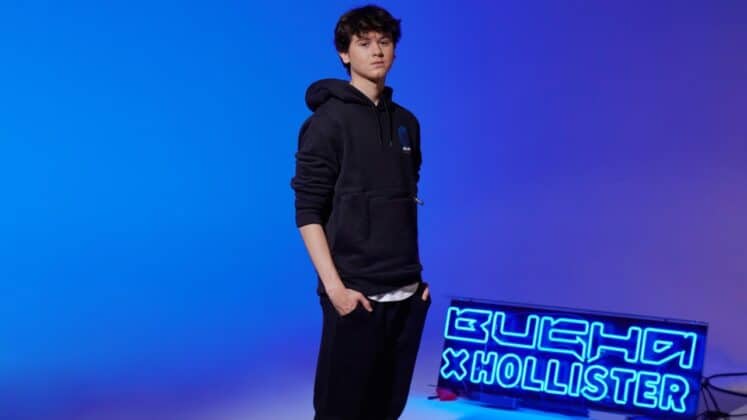 Hollister Co. has recently made a resounding announcement, stating that the Fortnite World Champ, BUGHA himself will be joining as its Chief Gaming Scout for the rest of the reason.

This company has been known for creating some incredible clothing over the years, and recently they decided to aim their crosshairs straight at the Fortnite World Cup Champion BUGHA making him an integral part of their marketing.

In case you didn’t know by now, BUGHA is world famous for being the only World Champion player to have reached the finals multiple times over the years. Because of this his name has become synonymous with the game itself, and so many companies have approached him trying to get a deal out of him.

He is also known for winning a whopping $3M USD two years ago, becoming the staple of the Esports scene in the meantime.

BUGHA has also stated in an interview that he is planning on recruiting new players and streamers that can join their team. But that’s not even the best part, the best part here is that they have stated in the original post that exclusive merch will be available in the near future.

There is plenty of merch to choose from out there, but there is only one BUGHA and according to him, this merch will completely change the way we even look at gaming apparel.

He has even stated earlier this week that he has made a very important and sizeable deal with Hollister which is why so many fans were excited to see what this will lead up to.

In his original statement, he claimed that the initial release will foresee an incredibly high-quality hooded sweatshirt and of course, the complimentary sweatpants that will make you comfier than ever before as you rack up kills in the game.

In order to bring in a little more personality to the merch, BUGHA has even added his own design choice, making it a reference to his beloved dog Zoey.

What really set this announcement apart from most any other creator or player merch out there is the fact that according to him, BUGHA has actually taken a big interest in designing this apparel in order to make sure that it fits his brand and what he stands for.

Because of this, BUGHA’s fans have been restlessly waiting for the apparel to be released. He has even stated in a post that he’ll be doing a special livestream on Tuesday during which he’ll try to scout out new members for his team, offering a whopping $10,000 to any new streamer or member that will be picked out to represent them.

We are definitely waiting anxiously to see what else BUGHA has in store for us. He has shown us multiple times over how good he can be in game so we’re really just happy to see that he has not slowed down in the slightest after becoming an icon in the industry.