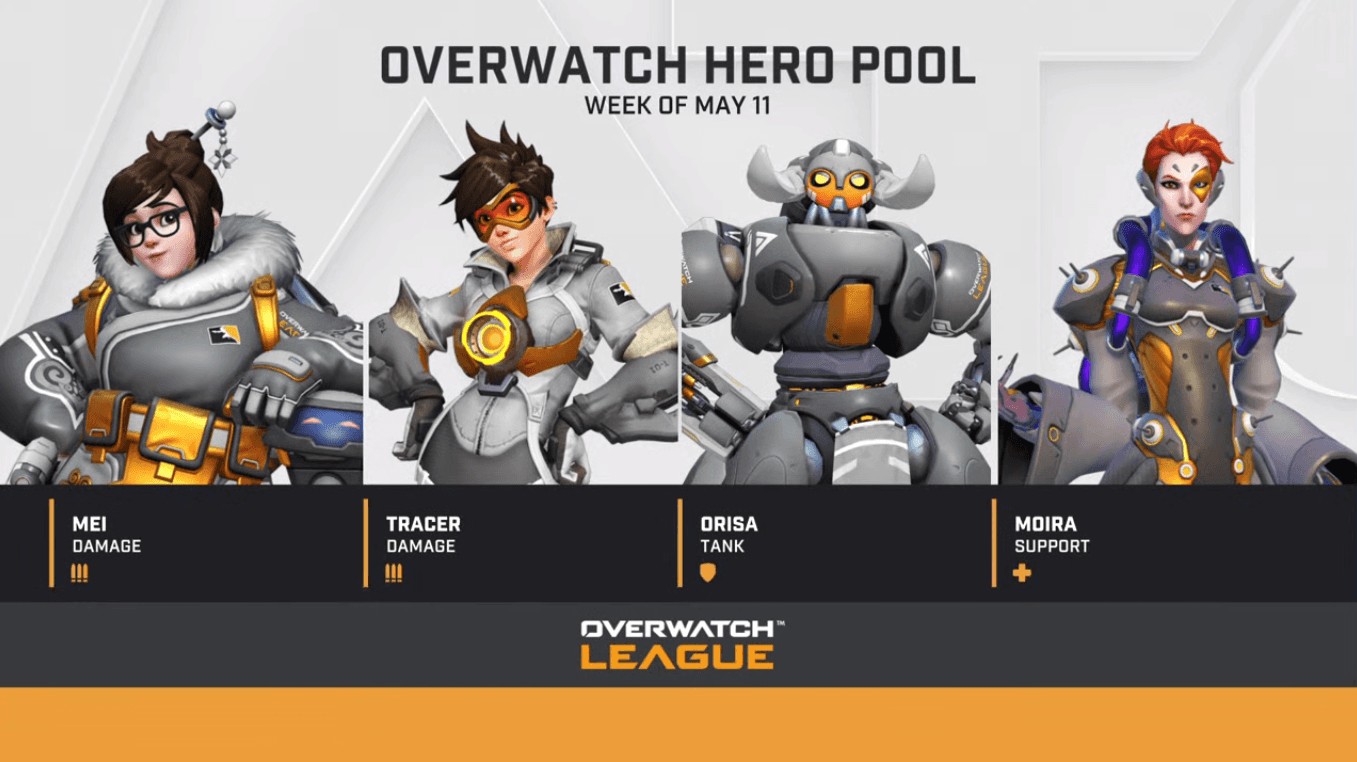 Overwatch League have announced the heroes that will be ban for week 15 and there are some big names out. Mei and Orisa are out this week. Taking out Orisa removes the opportunity for “bunker” compositions which create defenses that are tough to break This will probably mean that teams will have to add to their rosters Reinhardt for more shield power or may opt for D.va instead.

Also Tracer and Moira will be out this week. Without Moira teams will have to rely on Lúcio or Baptiste for hardcore healing but without Moira a lot of offensive tactics will change in the game. It will be interesting to see how the game will change without Mei. Finally DPS will provide that fast pace action that fans love?

Unfortunately Trace will be out this weekend. He was massively used in the past week and was a key part for dive compositions. Teams will have to rethink which hero to pick this week and this will make matches more interesting. This week Overwatch League will start the 16th of May with Seoul Dynasty take on the Chengdu Hunters.

Look for the best offers at Mybookie and Xbet