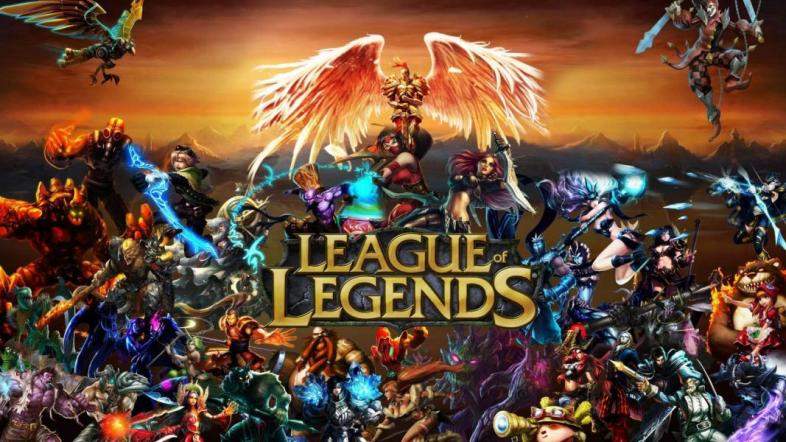 Which are the strongest League of Legends teams? In this article we show you which are the best Lol teams for us in the hugely popular game of Riot Games.

SKT T1 are currently the team that has won the most Worlds Championships EVER. They are incredibly dominant and are always feared when faced in professional play. They are an icon in league professional play and have the world renowned player “Faker”, which people have called the best league player of all time. Play against SKT T1 and expect a tough game, as they are notorious for their in game performance and their incredibly coordinated play. We expect SKT T1 to have perform well this year. They currently have 4 wins and 3 losses in the LCK, but we expect them to have a high chance of winning the split next time. They are, without a doubt, a powerhouse that is a well established contender of the worlds championship. They came 3rd in last year’s worlds and are seeking revenge. Will they be able to win Worlds again?

WHICH ARE THE BEST BOOKMAKERS FOR LEAGUE OF LEGENDS?

Former world champion, going x wins and x losses in the LPL, Invictus Gaming is an incredibly good side to play against. Consisting of the best top laner in the world – Theshy, Along with their highly dominant midlaner Rookie, IG are looking to taste victory once again. They did very well in Worlds this year, reaching the semifinals but losing to FPX. IG are known as a resourceful and dangerous side, Nobody really competes with TheShy in the top lane and he is unbeatable in lane. Rookie has a lot of carry potential. It is very difficult to knock this side down. Overall, Invictus Gaming is an incredibly powerful team that is a good contender for this year’s worlds.

ALL YOU NEED TO KNOW ABOUT LEAGUE OF LEGENDS

G2 have taken the world by storm in recent years by hyper stacking an already good side. G2 both won MSI and came second at worlds in 2019, Defeating strong opponents such as SKT T1 and Damwon Gaming. This full European roster has incredible potential and young talent, from the Danish midlaner bought from Fnatic in 2018 “Caps”, wildly renowned as one of the best and with incredible potential, their Polish Jungler “Jankos”, the best European jungler, their Botlane duo of “Perkz” and “MikyX”, the first being an ex-mid main and switching to adc when Caps joined, well renowned for his Xayah and Syndra, and MikyX known as one of the best supports ever, and Wunder in the toplane which is an incredibly solid laner able to always gain an advantage. Overall, this team has incredible carry potential from ANY lane. The team always keeps good morale in all their games and are a titan to take down. They won the last split and they are looking for more. Who can stop this European roster?

Current world champions and incredibly strong team, FPX shocked the world this year by beating both IG and G2 in the world championship series and taking the title. Their incredible performance at worlds this year has shown how good of a roster they have. With their incredible and revolutionary midlaner “Doinb” and their jungler “Tian”, well renowned for his finals performance, as well as a recent roster expansion with Khan, SKT T1’s old top laner, FPX are looking to take the world by storm once again. Will they win it for the 2nd year in a row?

Top eSports was classed as an underdog in the LPL. They are a new team of young talent and have performed incredibly well in this split. Currently 1st in the LPL, with 7 wins and 0 losses, and beating Invictus Gaming 3-1 in a best of 5, the expectations for this team are rising and they are cementing themselves as a top esport roster. Having recently bought AD carry superstar “JackieLove” from IG last year, as well as the toplaner “369” recently performing incredibly well, the young roster is only looking to get better and to make their first worlds performance an amazing one.

Fnatic is the only European team to have won the worlds championship back in 2011, and even since then, they have been a pretty consistent team in league of legends professional play. Consistently one of the best teams in Europe, every year constantly in the top 4 team in EU. Currently 5 wins and 4 losses, Fnatic is looking to go back to old glory. With superstar adc “Rekkles” and jungler “Selfmade” recently in the spotlight, Fnatic are thirsting for another international win.

C9 has been dominating North America this season. They seem almost unbeatable, going 17-1 in the spring split this season. This team is a nightmare in the NALCS, with most casters even going as far as calling a 5k gold deficit at 20 minutes an achievement. C9 is expected to win big this season, especially with all this momentum they have picked up. C9 has placed 1st in the spring split and are currently 9-1 in the summer split. With the Midlaner Nisqy, one of the best in NA, constantly performing, who will stop this deathball of a team from winning the LCS one again?