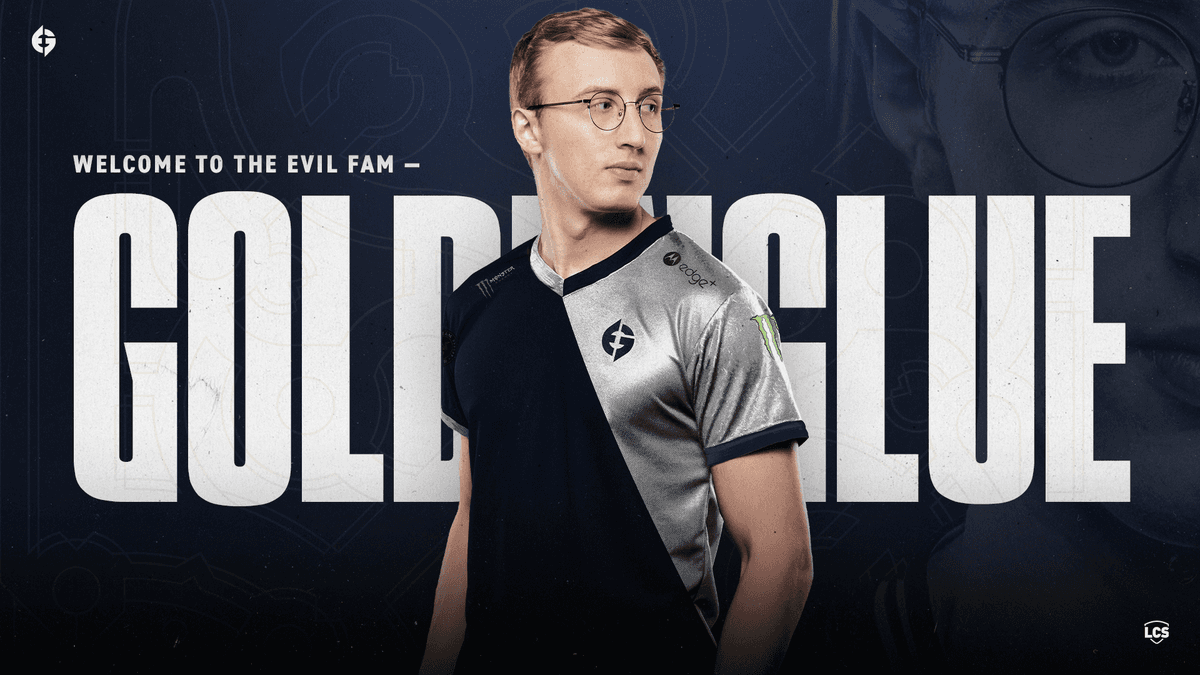 The latest and currently hottest news in the E-sports sector is related to Greyson Gilmer who is a 23-year-old League of Legends Esports player. Gilmer goes by the name of Goldenglue and according to recent news, he has been added as a mid laner by Evil Geniuses. Evil Geniuses also known as EG have been active members in the field since 1999 and possess a distinct identity.

Read Review
Signup bonus 100% Up To $500
Visit
GT Bet is one of the best Bookmakers in the US. Very reliable and fast payout makes it one of our favorite Bookies. Very interesting sign up bonus
3

The news was first announced via the Global Contract Database of Riot on Wednesday. However, the player also made the news public using his official Twitter account, just a day later. The tweet is shown in the image below.

Not A Permanent Contract

It is important to know that no permanent contract has yet been signed between the two parties as Evil Geniuses are currently in the process of giving the player a trial by bringing him onto their League of Legends Championship Roster.

The news is being spread by multiple sources, especially by enthusiasts on Twitter who are making several guesses regarding it. One such example is shown in the Tweet below.

Some major changes in the Evil Geniuses roster were being anticipated and have in fact been a long time coming as the team has not been able to perform well in the League of Legends Championship Series Summer Campaign.

Multiple fans had been pressing hard to bring important changes to avoid any future setback and thus the news is being taken as a ray of hope by such fans. They believe it is likely to bring better results which Evil Geniuses direly need at the moment.

Although no official statement has yet been released it is being expected that Goldenglue will field over for Daniele di Mauro also known as Jiizuke.

Jiizuke carries the image that he can impress fans by playing like an absolute pro thereby getting a lot of accreditation, whereas on the contrary he can also severely underperform thereby dragging his fans into a state of complete dejection. Unfortunately for the player, currently he is having the worst time of his career with 2.7 KDA, 67.6 KPAR, and 3.6 average deaths per game.

Major Setback for Goldenglue In The Past

The below par and substandard performance by Jiizuke doesn’t necessarily mean good news for Goldenglue as his experience regarding the League of Legends Championship Series Summer is no better.

The recent experience of Goldenglue with Golden Guardians after leading them to the fifth position in the League of Legends Championship Series 2020 Spring Playoffs was utterly disturbing for the player as he was dropped by the team in favor of Tanner Damonte who served as the team’s new starting mid laner.

The news might be fascinating for Goldenglue, but it doesn’t mean much until his position in the Evil Geniuses Roster is finalized because the current status of the player remains temporary until his trial is over. The results of the trial are yet to decide whether he will be made a part of Evil Geniuses or not. Until then, nothing can be said about the manner with certainty.