On November 8, 2014, Blizzard announced a game called Overwatch. Born from the ashes of Project Titan, the surprise was only greater when we learned that this Overwatch was going to be a first-person shooter.

Overwatch was undoubtedly one of the most anticipated titles of the year 2016. First, try from Blizzard in the world of team shooter games. Since then Overwatch has found a place in the hearts of players.

It’s a first-person shooter where two squads of six heroes go head-to-head in games that last between five and ten minutes. No side quests to accomplish or complicated rules, but one clear objective: to defend (or attack) a convoy or an area.

Players compete for a single point of control, which focuses the action on a single area of ​​friction. Unlike other titles where the matches are more like games of hide and seek, you have to fight for the takeover of the same objective, allies as enemies, which favors the exchanges of balls/arrows/tires ( cross out the unnecessary) for everyone’s enjoyment!

Everything is done to ensure that the teams attack each other, leaving no room for downtime and giving pride of place to the action and the immediate pleasure of a good online game.

Whether you are a professional FPS or a neophyte discovering this kind of game, everyone will find something for them. Moreover, the title does everything to support the players and help them get involved as much as possible in each of the games played.

Overwatch does a great job of assisting the player and making sure they fit into their squad. This work begins from the character selection screen, divided into four distinct but complementary roles (Attack, Defense, Tank, and Support).

Based on the characters you and your teammates select, the game tells you what role your roster is missing to form a balanced squad. Anecdotal in a team of six players, this indication takes on its full meaning to guide novice players in need of benchmarks, while gently reminding your teammates to adapt their choice of heroes if necessary.

Once in play, marks on the ground show you where to go to get to the checkpoint and bring all players to the action zone. Speaking of action, ammunition is unlimited. The guns just need to be reloaded with a press of the R key for the bullets to rain down again. Thus, there is no need to withdraw from the battlefield to have to collect equipment; everything is done to ensure that you are always active.

What differentiate Overwatch from other FPS are its 21 heroes. 21 heroes for so many different ways of approaching the title, there is something for everyone. Always for the sake of accessibility and simplicity, all of these heroes have a single equipment pack which is often limited to a primary weapon and a secondary weapon.

The characters are easily taken in hand, which allows you to have fun from the start. Limiting each character to a specific arsenal also makes it easy to identify the role of each hero encountered on the battlefield. This makes games easier to read and more affordable for players new to online FPS.

All the latest news about Overwatch. Preview, Reports, breaking news and all rumors

Table, fixtures and results of the Overwatch League 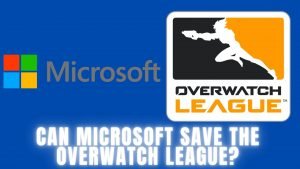 Can Microsoft save the Overwatch League?

Breaking news everyone, Microsoft has just recently bought out Blizzard and the fans are all roaring the same question: Will they be able to bring back the greatness that was the Overwatch League? We all know that Blizzard have done a very botched job at keeping their titles in the Esports scene, and although many would disagree with that statement… 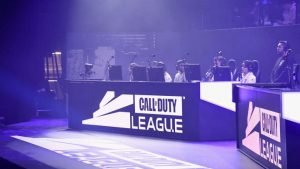 The OWL (Overwatch League) and the CDL (Call of Duty League) imposed a law that changed everything. Like other competitions in North America, the leaders of both leagues decided to impose a salary cap and a luxury tax. Other competitions, such as the NBA or the NFL already had these rules. And the idea was to create something similar with… 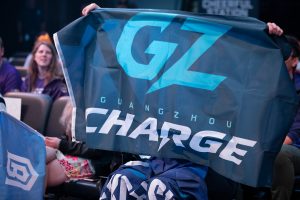 In case you haven’t been following the professional Overwatch Esports scene then you must be pretty confused on what this is all about. Essentially, it all boils down to Guangzhou and its lack of team players. Overwatch is a team-based competitive shooter which needs a team made up of every class available to win a tournament. The reason as to… 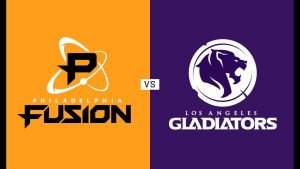 Overwatch playoffs are starting this week and one of the quarterfinals matches see great match Los Angeles Gladiators vs Philadelphia Fusion. Who will win? We will tell you in this article. Our Prediction Who will win: Los Angeles will winWhere to bet: Betonline.ag This will be the first time that the two teams meet in 2021. It is because Fusion… 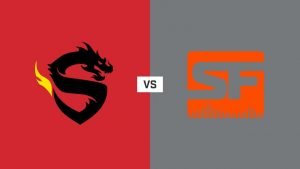