DOTA is an acronym for Defense Of The Ancients and DOTA 2 is a highly sought after the game that was launched following the footsteps of League of Legends both of which are examples of Multiplayer Online Battle Arena games also known as MOBA in which two teams, each having 5 players, compete against each other to destroy the opponents.

DOTA 2 was launched for Microsoft Windows on 19 July 2013 and is a part of the DOTA series. The game has been developed and published by Valve whereas it has been designed by IceFrog.

The engine used for the production of the game is Source 2 and the overall visuals and graphics of the game are highly attractive which makes the overall gameplay very fascinating for players.

This addictive experience has attracted millions of global players and DOTA 2  therefore now ranks as one of the best MOBA games of the world. The graphic content featured by the gameplay is very detailed and descriptive and the attention to detail carried by the game is exemplary which is evident from the image shown below which has been provided to give the readers a better idea of the experience that can be expected from the game.

All the latest news

Betting tips, match preview, all about betting on Dota 2

The format of the gameplay is highly unique in which two teams consisting of five players each try to defend a large structure known as the ANCIENT while trying to destroy the same structure of the enemy base. The team that can destroy this structure before the opponents turn out as the winner.

The game is highly attractive as a three-dimensional isometric perspective on a single map is presented to players in which all the 10 players are provided an opportunity to control one of the 119 characters of the game. Players are provided the opportunity to choose their character which is known as the Hero in the game. All Heroes have their strengths, weaknesses, and designs and they are primarily divided into two roles which are known as the support and the core. Some Heroes are shown in the image for reference purposes

The format of the gameplay is in a way that the Core role is vulnerable and weak in the beginning but as the game progresses further the player can become more powerful.

On the other hand, Heroes that fall under the Support category generally cannot cause significant damage to the opponents rather they are only able to assist their Core players such as healing and other buffs. 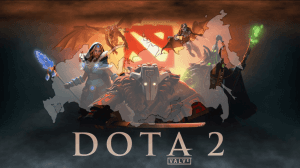 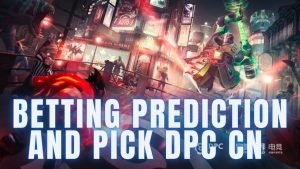 Sunday close week 3 of DPC CN 2021/22 Tour 1: Division I. The best Chinese teams of Dota 2 face each other in this Round Robin group. The first 6 teams go on and the last 2 are relegated to Division II. There are 3 games scheduled. Here are our predictions on these 3 matches of week 3 of DPC…

One of the most balanced matches of the Dota 2 Champions League 2021 Season 5 scheduled for this Sunday is the one between Khan eSports and No Marci. Kham eSports is almost certain to close in the lower bracket while NoMarci still has some hope of reaching the Upper Bracket, but it takes half a miracle. Khan eSports has 2…

One of the most interesting challenges of this Sunday of the Dota 2 Champions League 2021 Season 5 sees Nemiga vs HellRaiser. An important challenge because it could decide who will finish fourth and access the upper brackets and who will instead go into the lower bracket. Nemiga is currently fifth with a late win from HYDRA. For this reason,… 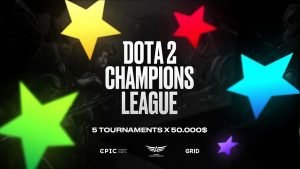 Three matches will be played this Friday in the Dota 2 Champions League 2021 season 5. In this article we will give you our betting prediction B8 vs HellRaisers HellRaisers will be aiming to take down B8 in the upcoming series. HellRaisers are currently ranked 8th with two wins in four games. The team won against HYDRA, and NoMraci, but…