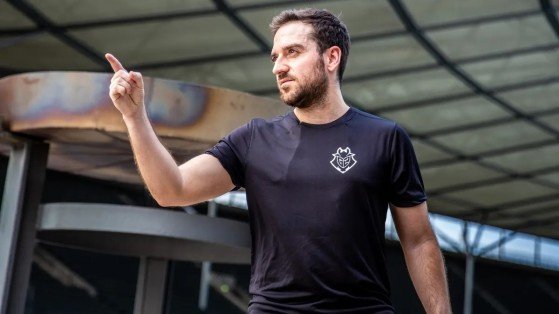 The owner of G2 has confirmed that this esports organization will have the most radical change of the League of Legends roster.

The rumors surrounding G2’s professional League of Legends roster change after they lost their ticket to this year’s world finals have come true. Despite assembling a superstar roster with the addition of Martin “Rekkles” Larsen, the team still failed to compete for the LEC championship and missed out on a ticket to this year’s Worlds.

Now, the rumor has been confirmed by the CEO of the organization himself. The names that will have to leave almost the entire G2 roster, including Sng “Nelson” Yi-Wei, Martin “Wunder” Hansen, Mihael “Mikyx” Mehle, Fabian “GrabbZ” Lohmann, and Rekkles, will find their new stops after the contract liquidation. It means that only two members remain with the team, Ramus “Caps” Winther and Marcin “Jankos” Jankowski.

In his official announcement, Ocelote, the owner of G2 said that this decision was not made so easy at all. All management members and the leadership team have agreed on who will leave or stay with the team.

This roster, along with Luka “Perkz” Perkovic, has helped G2 shine over the years with four domestic championships, winning MSI 2019 and reaching the semifinals of Worlds 2 times in a row. However, the time has come for these members to say goodbye to each other and find a new destination. After this year’s World is over, the time will come when we will know where these players have headed in their journey, and one of them may retire.

Recruiting Romain Bigeard is considered a significant step in the G2 Esports squad rebuilding plan after failing to win tickets to the 2021 World Championship.

According to Dot Esports sources, G2 Esports is ready to appoint Romain Bigeard as the General Manager of the League of Legends team, replacing “Taco Storm” before entering the 2022 season. It means Bigeard will be leaving Riot Games, where he has been the Director of Business Development and Stage Talent since December 2018. The senior management of Riot Europe also announced Bigeard’s departure on October 12.

Now, Bigeard will face the massive challenge of rebuilding G2, which is in the process of purging the roster within less than three months. On October 11, CEO Carlos “Ocelote” Rodríguez Santiago confirmed that Rekkles, support Mikyx, top laner Wunder, head coach GrabbZ, and tactical coach Nelson were no longer in G2’s plans and allowed to find a new berth. In addition, G2 will find a way to replace the remaining logistics staff.

G2 is currently the most active team in the transfer market. At the end of August, Rasmus “Caps” Borregaard Winther signed a one-year contract extension with G2, according to Riot Games’ Global Contract Database. It means that Caps’ contract with G2 will last until the end of the 2023 season.

Meanwhile, the source said that Sergen “Broken Blade” Çelik will be G2’s top laner in the 2022 season. Besides, Dylan Falco will take over as G2’s head coach to replace Grabbz.