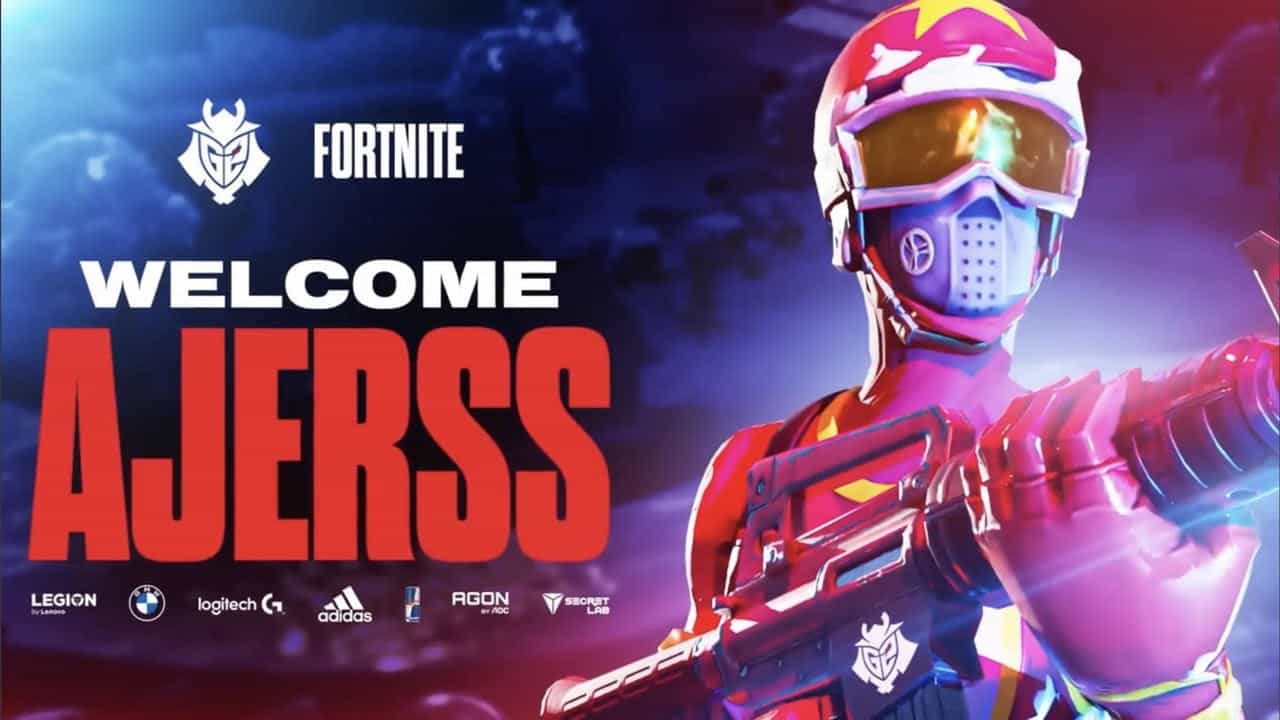 Yes you’ve read that title correctly, G2 Esports just posted on their Twitter that they have successfully snatched one of the best players in the world yet again as they are now about to add in multiple-time FNCS Finalist Ajerss to the roster.

G2 Esports has definitely showcased their strengths a lot in the past but they’re looking to really change the way we look at the game as they’re bringing in some of the top players now to represent them on the field.

For their NA East division they’ve now decided to add in Ajerss as the sixth new player that they’ve got on their side. The last player that actually made his way into G2 Esports in the past was none other than Kevin “Letshe” Fedjuschkin about a year ago or so and that has proven to be an exceptionally great choice to say the least.

Now that they’ve added Ajerss to the team however we can’t help but look in awe at them as they now have what many would consider to be one of the top teams in the world based on their roster.

Ajerss has proven the fact that he’s one of the top players in the world even when he didn’t have the best team to back him up, so now that he’s going to such a reputable team you can already see why everybody’s so excited to see what will happen next.

When they posted this news to their Twitter account, G2 Esports actually also provided the fans with a little clip compilation which showcased just how amazing Ajerss is in Fortnite.

That’s not to say that people didn’t already know all about his skill, as we mentioned previously, he made it to the finals in Fortnite multiple times over in the past, but it still makes for a great indication as to how amazing of a player he is.

This is a 16-year-old that has played against some of the absolute best players in the game and he’s been playing since Chapter 2 of Season 1 which is no joke.

Many would consider him to be the best player in the world or at the very least one of the top NA East players. Considering just how many times he has actually made it in the finals however his skill level shouldn’t be questioned regardless.

Now that he is about to be teamed up with none other than Rocco “Saf” Morales and Leon “Khanada” Khim we can’t wait to see what the trio will be able to do on the open field. Will the synergy actually help them get to the finals and win or will this be a rehash of the past for Ajerss?

On top of that Ajerss will be joining in the ranks of Letshe, Jelty, Jahq, Smqcked and Mackwood which is again, no laughing matter considering how amazing these players are in their very own right. Hopefully we’ll see them all shine in this new season.