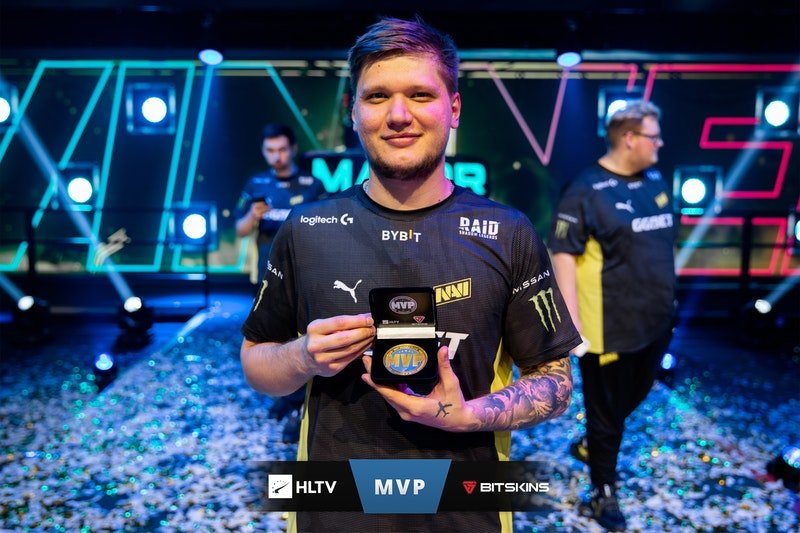 Oleksandr “s1mple” Kostyliev – a Ukrainian CSGO player, has been voted the best eSports player of 2021.

2021 is indeed a very memorable year for Oleksandr “s1mple” Kostyliev. In less than a month, he has owned the two most valuable titles that every CS:GO eSports player wishes to have, which is the “Major championship 2021” and the award “excellent player” Best of the Year” voted by Esports Awards.

In addition, this Ukrainian male player also pocketed the title of MVP Major 2021. And he is currently occupying the top 1 position on HLTV’s rankings with a rating of 1.33, far ahead of his two other colleagues ZywOo (1.29) and sh1ro (1.23).

As a player with the best personal skills in the CS:GO world at the moment, s1mple receives great love and respect from the fans.

Therefore, when NAVI (his team) featured in the final round of the PGL Stockholm Major 2021, a massive audience poured in to witness, breaking the record of the tournament with the highest viewership. The most in the history of this game (2.57 million views).

Success has finally come to s1mple after many days of waiting

Honestly, this feat of his is completely deserved. Because other faces, although excellent, have not stood out. Doinb had to leave right from the parking round of Worlds 2021 Showmaker collapsed in the final. Meanwhile, TenZ and sh1ro are both young talents; names, although famous, are not to the extent of becoming legends in the hearts of fans.

Although, controversies were surrounding the Esports Awards’ organizers being unfair to NAVI and not giving s1mple much sympathy. However, after all, his talent is still something that has been recognized by the whole community, and no one can deny it.