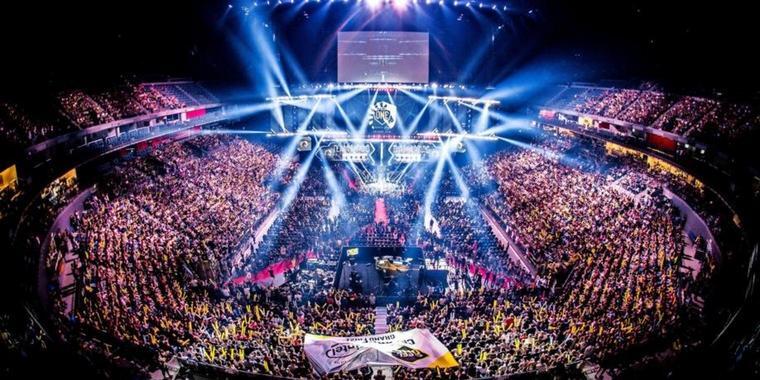 The world of esports continues to produce thrilling action throughout the year. Each month we get to see our favorite esports athletes compete for Supremacy in prestigious gaming tournaments. However, it can be difficult to keep an eye on the action since there are so many competitions happening each day. And we are aware that our audience seeks the best and top-quality gaming action. So don’t worry we got you covered, as for the upcoming month of August we will present to you a list of the most prestigious competitions that you should keep an eye on. Let’s get started:

The month of August will kick off with the group stage. Where eight teams will compete for the top 4 spots for the finals. The group stage will end on 8th August and will take place online. Meanwhile, the grand finals will take place from 27th to 29th August with a prize pool of $100,000 and will be held in a physical setting in Kyiv, Ukraine.

How to Bet on eSports?

The competition is a treat for the CSGO community since here the top esports organizations will give their young starlets a chance to make a name for themselves. An investment like this in a competition consisting of only young talent, just shows that the esports industry is all set to excel to new heights.

Korea is known to produce some of the most talented stars in the world of esports. The country is passionate about esports and hosts quality action. It has also promised to do so in August as some of the best Overwatch teams in the country will compete for Supremacy in the Contenders 2021 Season 2. The competition will take place till October and the champions will take home the lion’s share of the $175,000 prize pool.

The most prestigious footballing esports tournament in August comes from the world of FIFA. Since London will host the best stars of the game with $500,000 on the line. The competition will take place from 6th to 9th August. The first phase of the tournament will be the group stages which host four groups of eight players each. Then the top four players from each group will compete in a single-elimination knockout stage to get their hands on the world championship title. The winner will also be rewarded with $250,000.

The FIFAe World Cup hosts 1v1 competitions so at the end an individual will be crowned the world champion. But if you are seeking 2v2 action to see which nation hosts the best FIFA duo then the FIFAe Nations Cup is the perfect option. The competition will host the best and most phenomenal stars and also a very attractive prize pool of $400,000. The competition will take place from 20th to 22nd August and will be a marvel to watch. So for FIFA fans, the month of August is surely a joy and we can expect top-tier action to unfold on our screens.

All the matches will be played in the best-of-three format. The winning team of each group qualifies for the play-in stage while the 2nd and 3rd ranked teams will compete for survival in the Round of 12. The play-in stage will be contested in a single-elimination format with all matches being played in BO3. The same format will be observed in the quarter and semifinals while the grand finale will be played in the Best-of-Five format. It will be interesting to see which team will be crowned the champions since each one hosts incredible talents. The ESL Pro League Season 14 will surely attract the attention of millions of esports enthusiasts from all over the world.

August will also feature one of the most prestigious and top-tier events of the Hearthstone world. The competition will take place from 27th to 29th July and will host some of the biggest names of this gaming title since it holds an attractive prize pool of $250,000. It will be interesting to see which one of the 400 competing players will take home the lion’s share of the prize money and make their mark in the competitive landscape.

Valorant has made a solid reputation in the competitive landscape of esports and it is no surprise that we get to see the highly rewarding competition of this title each month. In August we will see the Stage 3 Challengers Playoffs of both Korean and North American regions. The Korean playoffs will take place from 6th to 15th August, and will have a prize pool of over $70,000. While the North American Playoffs will be held from 11th to 15th August and will have $100,000 on the line. It will be exciting which teams will prevail from each region since the Valorant competitive landscape is just establishing and teams will take time to make a name for themselves.

Aside from these two major Challenger Playoffs, you can also catch the action from other regions which include Oceania, Japan, Brazil, South East Asia, Malaysia, Hong Kong, Thailand, and many more. So when it comes to competitive action from Valorant you will have plenty of options to choose from.

Where to Bet on eSports events in August?

These are the best bookmakers to bet on eSports. These bookmakers are all been tested and reviewed by us. They have been voted the best eSports bookmakers in the USA.

Read Review
Signup bonus 50% Up To $1,000
Visit
Even if it’s a very young Bookmaker MyBookie is the best Bookmaker in the US market. Unbelievable Bonus! MyBookie offers a lot of options in Esports. Very easy and fast payout It’s one the best option you will have. Very reliable
4