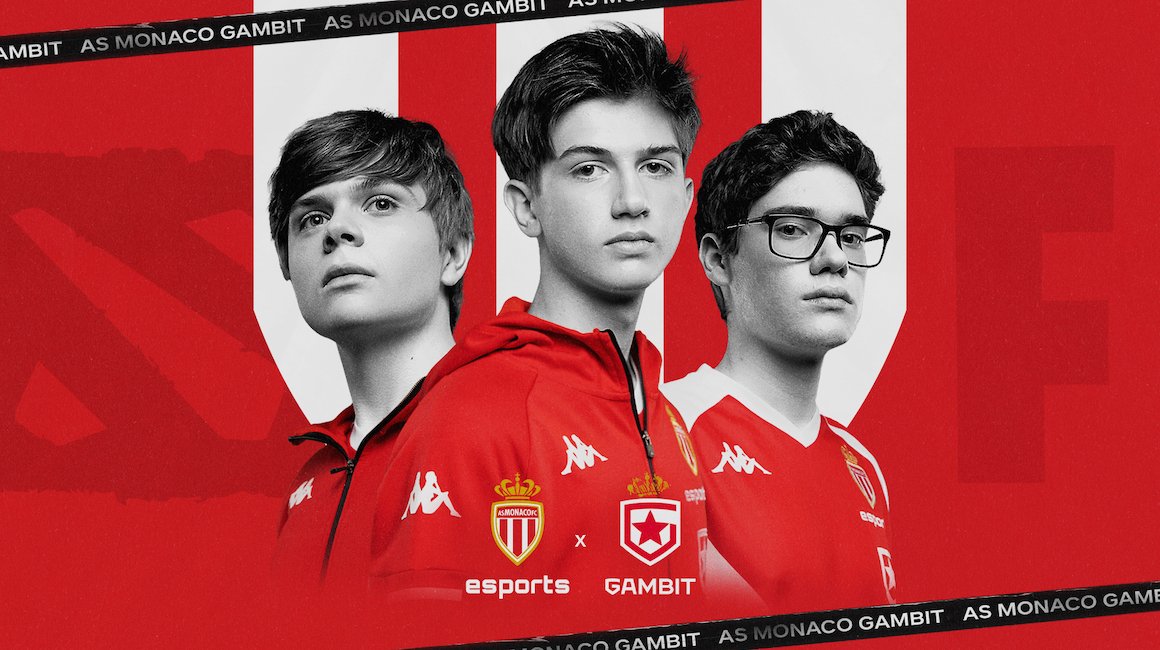 AS Monaco and Gambit Esports have announced a partnership between the two teams in the two esports Fortnite and Dota 2. AS Monaco takes the world of eSports a step further. The club of the principality of Monaco in fact after having launched the PES and FIFA teams has announced a partnership with the Russian team Gambit Esports. The agreement foresees the introduction of the Monegasque club in Fornite and Dota 2. The team created will be called AS Monaco Gambit.

AS Monaco entered the world of eSports back in 2016 and had a Rocket League team for many years. The Monegasque club had a lot of success especially with PES where they won the eFootball Pro in 2019 and 2020, a result of absolute prestige.

Read Also: How to bet on Dota 2

For As Monaco this is a strategic agreement that allows the club to penetrate the eSports market even further. Dota 2 is one of the most played eSports while Fortnite is one of the esports that has grown the most in the last 2 years. As Monaco has currently landed in these two games but does not hide their intention of joining other eSports in the near future.

Gambit is on of the biggest name in esports. Present on six different games, notably on Apex Legends, Valorant, League of Legends, but also Counter-Strike, the Russian team had his best year in 2017.

On Dota 2, Gambit narrowly missed qualifying for The International in 2018 and 2019. As for Fortnite, the team Russian has two of the best players in Europe.