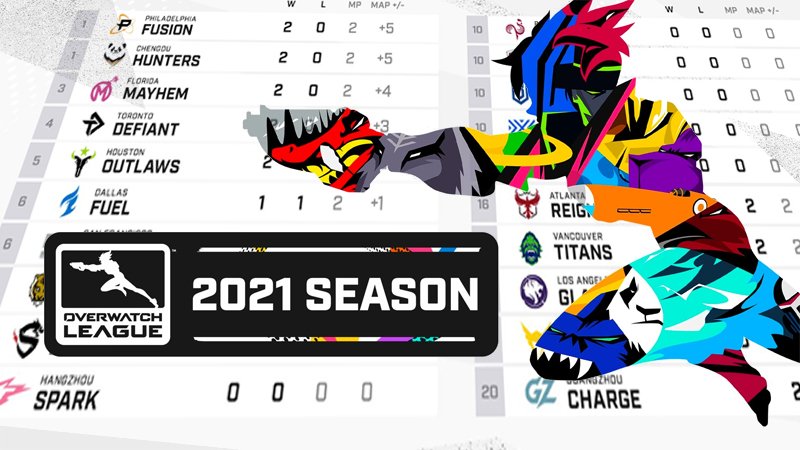 the playoffs of the first Overwatch tournament. Virtually everything is still at stake. There are many fights this Friday to watch.

Shanghai Dragon is still fighting for a place in the playoffs while Hangzhou is practically already out. Shanghai, fourth in the East with 1 win and 1 defeat, must win this match and hope for a misstep by Seoul against New York. Hangzhou Spark with zero wins and two defeats has no chance to qualify but will try to take home points for the final standings.

Shanghai hasn’t wowed so far, sweeping Guangzhou Charge, bottom of the table, but then lost 3-0 to Chengdu Hunters. That said, the Dragons are the favorites in this game. This match is fundamental for them while Spark has very little to ask for. I believe this will ultimately make a difference.

Perhaps one of the most interesting and balanced matches of the day. Boston and London are last in the East with zero chance of making it to the playoffs. But both of them are looking for the first point and this match is perhaps their best chance to take home a victory. Both Boston and London have not won a single map so far, which shows you the fact that these two teams are in great difficulty.

Every year Boston deceives its fans by claiming to have a competitive team and instead things have not changed since last season but on paper they should be stronger than London Sptifire. In fact, the English team has not improved much compared to last season and this has only widened the gap with the other teams. Boston should finally bring home victory.

We talked about it here

We talked about it here

Before the season started San Francisco Shock were the team to beat, the debate was will they win the title for the third consecutive time? Instead San Francisco finds itself to fight to qualify for the May Melee playoffs with just one win and one defeat. A very unusual situation for this team. On Friday they face Florida Mayhem who find themselves incredibly above San Francisco with 2 wins out of 2 games.

After winning against the Gladiators in week 1 San Fran lost 3-2 to the Houston Outlaws and now they have to win the two games of week 3 to get to the playoffs. This one against Florida is on paper the hardest game. Although Florida is ahead in the rankings, everyone sees San Francisco as the favorite. To this we must add the fact that the Florida Mayhem have two wins but it is still true to point out that they have beaten two of the weakest teams at the moment in the Overwatch League: the Atlanta Reign and the Vancouver Titans, both stuck at zero wins.

Not only that, but the successes have been suffered and both for 3-1. This is a clear sign that despite the 2 victories Florida does not deserve this position in the standings. Everything tip the scales in San Francisco’s favor. In our opinion, San Fran will want to show everyone that what happened in Week 1 has already passed and that from now on they will return to being the steamroller of previous years.