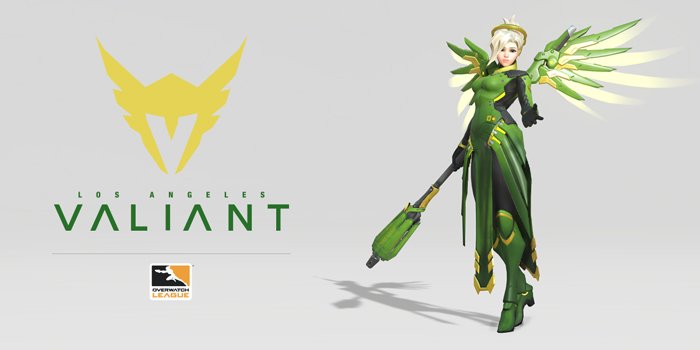 Los Angeles Valiant is a professional Overwatch eSports team which, as the name indicates, operates from Los Angeles. The team participates in the League from the Pacific West Division.

Los Angeles Valiant was founded in 2017 and has the honor of being one of the twelve founding members of the League. It is also one of the two professional Overwatch teams from Los Angeles.

Los Angeles Valiant is owned by Immortals Gaming Club. Hiko and JpCat are the current coaches of the team.

It is evident from this image that both coaches belong to China.

The overall earnings of Los Angeles Valiant amount to $540,000 which is a handsome amount when compared to other Overwatch teams.

The current sponsors of the team include some big names like:

The former roster of the team is vital for understanding how the team has performed in the past.

The below image shows the players that were a part of the team and have left it for one reason or another. The names, IDs, roles, and leaving dates of such players are given below.ù

A total of seven players left the team last year. Most of them have joined Los Angeles Valiant within the past two years. These players belonged to five different countries.

The current roster of Los Angeles Valiant is shown below. It consists of seven players, all of which are from China, and have joined the team on 18th March 2021.

The team comprises foreign players which are likely to yield healthy results. A perfect combination of the local organization and foreign players helps the team in battling all odds for defeating opponents.

All players on the active roster are new which can have adverse effects on the overall performance of the team. These new players might as well lack the cohesion required for overpowering opponents.

Los Angeles Valiant has a win-rate percentage of 53.64% in Series where the team has won a total of 59 matches and lost 51.

The achievements of the Los Angeles Valiant along with the resultant prize money are shown below to give a better idea to readers.

The major earning of the team came from the Overwatch League Inaugural Season Premier where the team won $200,000.

Los Angeles Valiant is a great team with exceptionally high win-rate percentages in both categories i.e. Series and Games. However, if the team wants to improve its earnings even further, it needs to put in more effort.