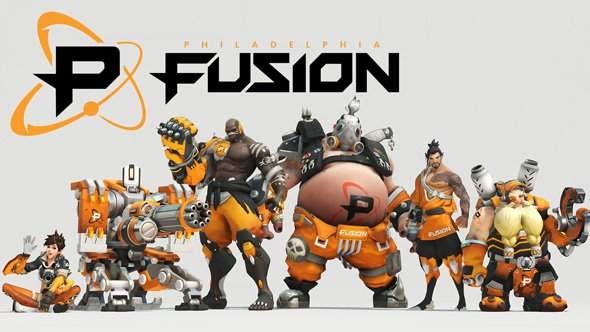 We are seeing plenty of action in the Overwatch League as it heads into Week 26. Shanghai Dragons are currently leading the table, with Philadelphia Fusion on their heels. The rest of the teams are also focused on getting the best finish possible as the season heads into the final weeks. In this article, we will have a look at a couple of games of the week and try to decide a winner.

Philadelphia Fusion has been a force to reckon with this season. As the side has managed to climb to the second spot on the table. With 19 wins from the 21 matches played. The t has been quite consistent, since to date, they only lost to Paris Eternal and San Francisco Shock in the league. They even managed to record a 9-game win streak. However, outside the OWL their performances have been questionable with defeats in the May Melle and the Summer Showdown. In both of these events, the team was beaten in the finals. Which raises some questions about their title ambitions.

Dallas Fuel has had their fair share of troubles in the 2020 season. The side currently sits at 13th spot on the table with just seven wins from the fifteen matches played. Things are not looking great for the team since it only has only one win out of their last five games. They lost to Vancouver, Florida, Paris, and their upcoming opponents, Florida. But managed to win against Toronto Defiant. However, seeing their recent performances, it is evident that Dallas will need a miracle against the mighty Philadelphia. Since Fusion will be determined to get back to its winning way after defeat in the Summer Showdown Final.

Los Angeles Valiant is not experiencing its best season. Since the side is on the 9th spot with nine wins from seventeen matches played. They could have been in a better position if they have had a better start to the season. Since in the first eight opening games, they only managed to get two wins. Then the team woke up and finally found its form as it currently holds five wins from its last six games, The victories include beating the likes of Florida Mayhem, and Atlanta Reign. We believe that the side has what it takes to end the season in the top half if it continues to be consistent.

Houston Outlaws is in a hotspot. The team currently occupies the 17th spot in the table with just six wins from the nineteen matches. Things are not looking great for the teams, as the side has only won two of its last seven games. The two wins were against Vancouver Titans and Los Angeles Gladiators. They were expected to beat the Titans since they have eight of their last ten matches. At the same time, their victory against the Gladiators is a shocker. These performances still don’t convince us that they can prevail against Valiant on the upcoming weekend since the Los Angeles team is truly a force to be reckoned with at the moment.