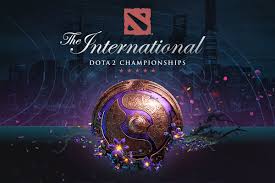 Quincy Crew vs. 4 Zoomers is a close call match, despite what the odds tell you. Out of the 25 faceoffs that these teams had over the years, 4 Zoomers have won 13 games, followed closely by Quincy Crew with 12 wins. Both sides are quite on the same skill level, but Quincy Crew a lot more tournaments under their belt, and a great track record, but despite 4 Zoomers being fairly new to the scene, they aren’t coming slow. Since the team’s founding, they have consistently placed in the to 10 of every tournament they have taken part in.

Although this is an expected outcome, the match is still a close call, with Quincy Crew having the aforementioned major wins tournament to support this case. Quincy Crew also has some significant players in their roster like SVG, Lelis, MSS. YawaR, Quin, who all are major league, recognized players in the Dota 2 E-Sports scenario.

And right on par on the 4 Zoomers side, we have relatively new contenders like Sammyboy, Gunnar, monkeys-forever, ocean, Husky, so being a conflict between the new and the old; this classic faceoff is hyped for more than just a very close bout.

Another close call bout, the match between WangDaRen and Stony Brook, has incredibly similar odds across the board. This close call match is between two unicorn teams, fairly new to the E-Sports scenario, and with almost nothing to go by with the team’s background, both sides are on a somewhat level playing field. And their Odds reflect this position that they are in for now.

But despite this, the Canadian team, WangDaRen, has better Odds and is expected to win the match with 1.86 on BETONLINE. Whereas, Stony Brook is quite close with 1.90, a .04 factor which, as not much is known about these teams, gives a general idea for which team is expected to win this upcoming qualifying round of the Omega League Americas. If you are taking a gamble with this match, then following the bookmaker’s sense or going against it may reward you or make for a bad loss. But, since this is a very close call match, going, either way, will, in general, make for a 50/50 chance for you to either win or lose but, even then so, the monetary gain is quite in favor of the American team, Stony Brook.

So, if you want the maximum out from your bet and are willing to take the risk then betting on Stony Brook is no brainer, but if that .04 gain does not matter to you and you want to make a safer bet, the WangDaRen is a bet that has a lesser chance to go wrong on you.