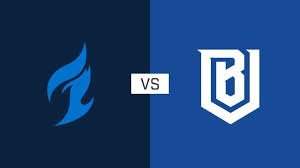 Fans of Boston Uprising & Dallas Fuel are excited as the two teams are all geared up to compete against each other in their next match of Overwatch League on 26th July 2020 during the Week 25. The match has been scheduled to take place on Sunday at 12:00 AM.

Dallas Fuel is in great form as the team has recently won its last match that took place against Houston Outlaws on 18th July 2020 during Week 24 of the Overwatch League. The game concluded with a final score of 3 points for Dallas Fuel versus 2 points for Houston Outlaws.

Players were glued to their seats as the highly competitive gameplay concluded in a win for Dallas Fuel giving them an edge over the opponents for the upcoming match, resultantly boosting up their confidence levels.

On the other hand, Boston Uprising had an upsetting defeat in the last two matches that the team played against San Francisco Shock and Los Angeles Valiant on the 19th and 20th of July 2020 during the Week 24. The team was unable to win a single game and only dejected its fanbase.

The current performance form the two teams suggest that Dallas Fuel is better positioned to win the upcoming match as Boston Uprising continues to go through a rough patch.

The match between the two teams has been scheduled to take place during Week 25 of the Overwatch League in which the teams will battle against each other trying to show their supremacy. The match will start at 2 AM on 26th July and thus players are advised to stay hooked to their seats if they don’t want to regret later.

Viewers must note that out of the last 3 matches that Philadelphia Fusion played during Week 22 of the League, it was able to win 2 of them thereby giving the team the confidence and the energy that has boosted up its morale for the upcoming battles.

Both the matches that Philadelphia Fusion won against Houston Outlaws and Toronto Defiant were a clean sweep in which the team was able to win the match by 3-0. Limiting the opponents from scoring even once shows how professionally competent the Philadelphia Fusion team is.

On the other hand, Los Angeles Gladiators is also having a good time as the team played its last match on 19th July 2020 during Week 24 against Vancouver Titans where it was also able to perform exceptionally well managing to win the game with a final score of 3-0 thereby meaning that Los Angeles Gladiators are also currently performing quite well.

As Philadelphia Fusion and Los Angeles Gladiators compete against each other, both teams are currently in their better forms, and thus seriously a competitive gameplay session leading to a fun-packed experience is guaranteed to take place on Sunday the 26th.