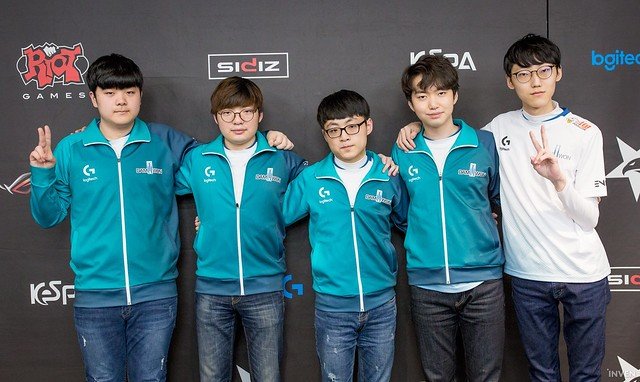 Damwon Gaming have already secured the first seed and a direct qualification to the semi final stage in playoffs but KT Rolster on the other side has a lot counting on this series. If KT Rolster are able to win this game then they could be in contention with Nongshim Red Force for the playoffs but they need to bring their absolute best performance of the split against the best team in the world right now.

There is one thing that we noticed which could be exploited by KT Rolster in this series and that’s Damwon Gaming reliance on Gragas and Sion this season. In the last eight games they have played, Gragas made its way into the hands of either their top laner Khan, or support player Beryl. Sion similarly is a champion that is very flexible within these two positions and considering how Damwon Gaming’s ADC Ghost is more of a facilitator rather than a traditional carry player, their coaching staff can definitely pair up his Senna with a Sion down in the bottom lane.

These are very predictable trends and it’s highly unlikely Damwon Gaming will look to change what’s working for them in the last series of the regular season anyway because they won’t reveal whatever they have up their sleeves for playoffs in such a meaningless game from their side. KT Rolster will definitely play around these and their top laner Doran needs to step up in this series and be the main force for his team to bring victory and a playoffs spot.

MYBOOKIE IS OFFERING DAMWON GAMING TO WIN AT -1111