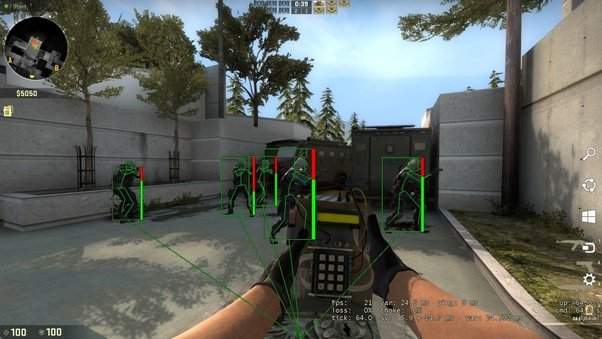 The July 8th Counter-Strike: Global Offensive update has brought a new piece of anti-cheat technology to the game to combat cheating. The new addition from Valve is something called “Trusted Mode” which blocks certain types of cheats and limit how third-party software interacts with the game. Valve started testing Trusted Mode in June as a Beta and it’s finally been fully implemented into the game.

While Trusted Mode will be enabled by default, players can opt-out of this using the Steam Launch Options. To turn this option off, you need to add this “-untrusted” to the Launch Options on Steam without the quotation marks.

Disabling this doesn’t mean you’re looking to cheat, however. Trusted Mode will block some popular and legitimate software including certain modes in OBS which is used for livestreaming and recording video. Some third-party software will continue to work with CSGO assuming the requirements have been met but some are blocked right now. Valve explains that Trusted Mode stops other software from injecting directly into the game processes of CSGO.

Doing this stops players from running something that might accidentally change the game so the idea is that using Trusted Mode will expose cheaters. It’s thought that this will detect cheaters faster as it creates a barrier which cannot be accidentally breached. Those who break this are actively doing so which would mean they’re a cheater.

Valve hasn’t worded the explanation for Trusted Mode very well and it doesn’t come across very well. In short, it blocks certain third-party software from interacting with the game and people who use software designed to get around this to cheat will be found faster than before the update. Valve has a FAQ for Trusted Mode here () which should help give a better understanding to the new anti-cheat technology.