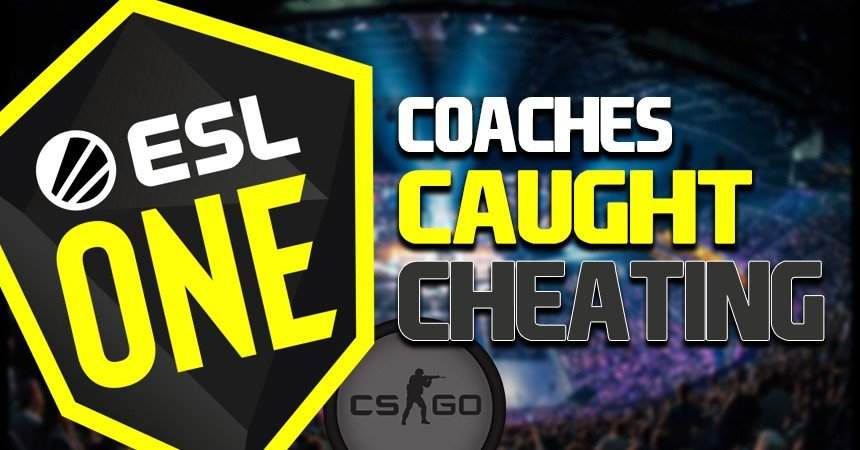 The latest news from ESL is regarding Hard Legion, Chaos and MIBR. The coaches of these three CS: GO teams have allegedly been involved in abusing a coaching bug for their unfair advantage. This activity regarding ESL has been strictly dealt with and ESL has decided to ban the three coaches from participating in any ESL and Dream Hack events for the next six to twenty-four months.

This activity on part of the coaches has also disqualified their teams from the events which is a big disappointment for fans. However, ESL has taken the right step by stopping such fraudulent activity with force, to give a clear message to individuals interested in this type of activity that when it comes to abusing bugs, ESL will have no mercy.

MechanoGun, the team’s coach, has been released by Hard Legion and besides, Hard Legion has also apologized to the competitors by announcing that the players might not have been aware of the coach’s actions. The image shown below shows a Tweet informing about the decision taken by Hard Legion regarding the situation.

On the other hand, Hunden, the coach of Heroic has been indefinitely suspended for his action.

What Was The Bug About?

It’s important to know what the bug was about that has forced ESL to take such a strict action against the teams and the coaches. The ban has been issued to these coaches under the ESIC Player Code Of Conduct.

Well, the bug provided an unfair visual advantage to the coaches by using which they could freely move their camera at specific areas of the map during professional matches.

Unfair Advantage Over The Competitors

This meant that the coaches had unfair advantage using which they could easily guide the players about what needs to be done for gaining an advantage over opponents as while playing the matches, the position of players plays a key role in determining the outcome of the match and when the coach was able to control the camera anywhere on the map, he could steer his team in a manner that any coach without the assistance of the bug could not have done.

How Was The Bug Discovered?

The bug was discovered by CS: GO tournament referee Michael Slowinski who found that the bug had the potential for abuse.

The news about the ban was made public by the official account of ESL Counter-Strike, a glimpse of which can be seen in the Tweet shown below to give a better idea to readers about the current situation.