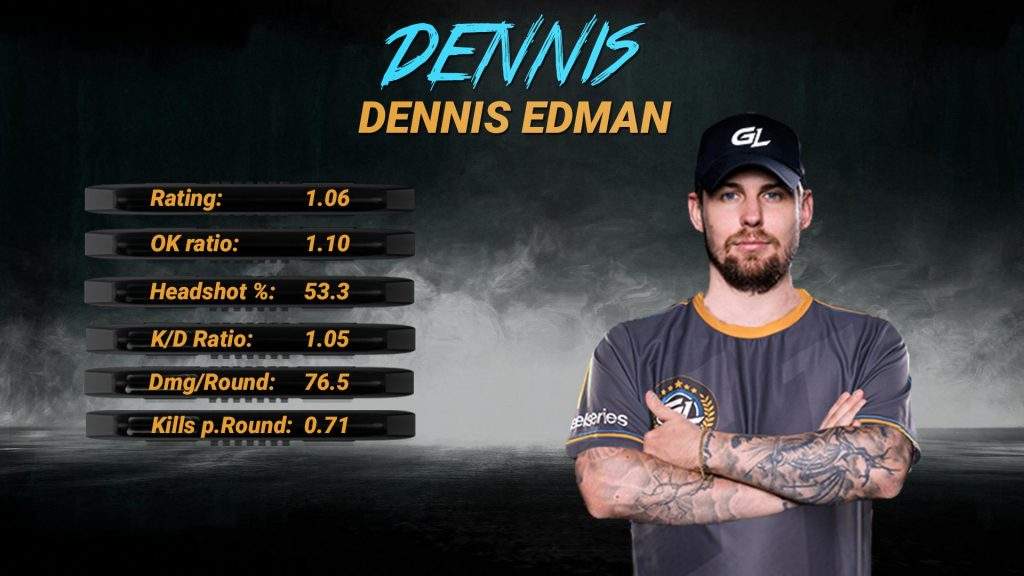 After playing for Apeks 2 month replacing Haakon Radifaction Tholo Apeks decided to sign the free-agent player and branch Radifaction. “I decided to sign with Apeks due to the fact that there is a lot of potential in this team,” the Swedish player said in a statement. “[It has] hungry players who work well together and the mood is really good when we’re playing.

“I had several teams in Counter-Strike and Valorant that were interested [in me], but the choice was pretty obvious for me. Good players, and we can speak our native tongue, which is great.”

After a longer trial period, we have chosen to sign Dennis «dennis» Edman as our fifth player. Edman has previously played for teams like Fnatic, GODSENT and Ninjas in Pyjamas. A Swedish player with tons of experience.

We chose to sign «dennis» because he will bring tons of experience into the team, and still have the hunger to compete at a high level. It is clear that this is a huge signing for us, and a big profile takes a entry into the club, explains sporting manager at Apeks, Anders Kjær.

contacted «dennis» to find out if he was interested in playing the Elisa qualifier with us, and he said yes. Eventually we looked at him as a player we would be interested in signing. Me and Denise (CEO) had a good dialogue with both «dennis» and his agent and the result was a solution we’re all happy with. This is a great day for Norwegian Counter-Strike. I am very pleased with the commitment Denise and Ole (CEO and Chairman of the board) lays down into this project.

The CEO of Apeks, Denise Anfinnsen, is delighted with the signing.

It’s clear that we want to see a progression in results, but with a new line up it takes time. We expect a growing curve in the team. We’re currently working with the specific goals with the team and coach now.

«dennis» will have his official debut, as a official Apeks player, today at 15:00 in Cybercup and Loot.bet a little later today.