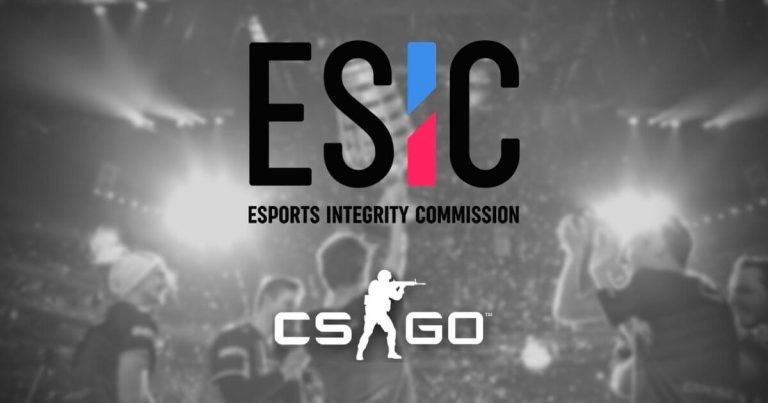 ESIC the Esports Integrity commission has reported a suspected case in a CS:GO tournament. It wouldn’t be the first time for a CS:GO betting scandal. The ESIC has reported that there has been a suspicious match in the EPIC CIS.

The ESIC explained that “as EPIC is not a member of the ESIC, it has not carried out in-depth investigations into the extent of the threats to integrity in the event. However, on June 9, 2021, ESIC made a referral to Valve including substantial evidence indicating the existence of a potential CS:GO betting scandal perpetrated by participating individuals or associated with those who were attending the EPIC-run CIS RMR event. “

ESIC explained that it received “evidence from the global Suspicious Betting Alert Network (SBAN)”. According to the body, it was found that Project X CEO Oleksandr Shyshko would have an account where he would bet on CS:GO. Fro here the suspicious of a new CS:GO betting scandal. Project X was not present at the tournament but has provided players to the Akuma team. According to ESIC there is evidence that Oleksandr Shyshko has made numerous bets on various suspicious matches of the Akuma team.

In particular, he would have made various bets on the Virtus Pro v Akuma match subject to the current public cheating allegations against Akuma. Analyzing the data ESIC is convinced that a potential fraud was committed in the match.

Pending the conclusion of the investigation, ESIC suggests to the tournament organizer not to accept games involving players from the Akuma team or other players associated with Oleksandr Shyshko to avoid another CS:GO betting scandal.

Ian Smith, Commissioner of ESIC stated that “While ESIC has not undertaken a full investigation into the detail, extent, and validity of any particular instances of match-fixing behaviour and the perpetrators of such behaviour – information on hand would indicate that this is a matter worth investigating further; certainly, if ESIC did have jurisdiction, we would have opened a full investigation based on what we already know. ESIC has therefore referred the evidence available to us to Valve for further consideration.”